Is A Fetus Entitled To Compensation For Injuries Caused By Third Party Negligence?
Published on:December 17, 2014 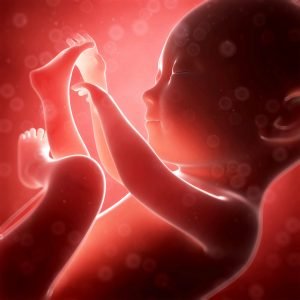 The conception of a fetus should be a time of excitement, happiness and celebration among couples. Unfortunately from time to time things go wrong leading to devastating consequences when some of the babies are born in Staten Island. Sadly, negligence is sometimes made by the mother or employer of the mother; the result is frustration and headache for the families and victims alike.

Negligence of the Mother

If the mother drank heavily during pregnancy despite the warnings from medical staff and social workers that she might risk harming the unborn baby, and the baby is born with fetal alcohol syndromes, she could be forced to compensate the baby. The personal injury attorney can bring a successful claim on the ground that the behavior of mother constituted the crime of poisoning the baby, resulting in the injuries. However, the law does not regard the fetus as a living with rights and capable of having an existence separate from the mother long before it is born. The law also does not protect the fetus from conducts emerging from deliberate acts initiating foreseeable harm, which can result to significant bodily harm evident after birth by the drinking habit of the mother.

If the fetus is not another person at the time of the mother’s alcohol consumption, then the offense could not be complete. However, the claim can be brought against the mother if the baby personal injury was caused when she was driving a vehicle. Fortunately, the mother is criminally liable under the Criminal Injury Compensation Act, to compensate for the harm and damages she negligently caused to the baby.

If the mother is injured when she is pregnant, and the fetus is injured as well, does the fetus have the right after birth to sue the mother’s employer? Well, the parents of the minor on behalf of the child can sue for the damages to the child, resulting from negligence on the part of the employer. If the personal injury attorney can prove that the child’s mother was exposed to dangerous environment, and the fetus was consequently exposed, then the child must be compensated. In fact, the workers’ compensation is the only applicable remedy and bars the litigation on these grounds.

In personal injury law, this is considered a separate injury from the injuries of the mother, meaning workers’ compensation for the child isn’t an exclusive remedy. It is an instance where employees’ compensation doesn’t apply. Therefore, the child is allowed to sue the employer for negligence that led to the personal injury. This is based on the derivative injury which states that, if the fetus is injured separately from the mother and the injury of the fetus did not derive from that of the mother, then the compensation of the workers does not apply. And the child can take action against the mother’s employer for injuries and damages sustained in utero.

Sgarlatolaw.com is a dedicated partner, determined to bring you the information on personal injury in the Staten Island.