Distracted Driving: The Dangers of Texting Behind The Wheel 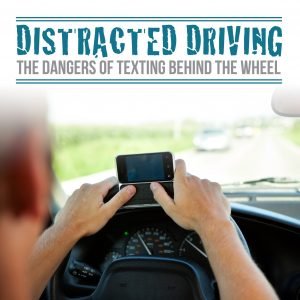 Any type of distracted driving has the potential to lead to a motor vehicle accident event, but texting while driving accidents appear to be on the rise. And, make no mistake, there is a common misconception that this is a teen driving problem when there are just as many adult drivers who text while driving. This is a very serious issue on the nation’s roadways that needs more attention and awareness.

According to 2012 statistics available on Distraction.gov:

How to Stop It

The only way to “stop” it is to prevent it by raising awareness and for tickets to be issued to drivers caught texting while driving. Many people caught using their cellphones always have a good “excuse” for using their cell phones while driving, but there really is no excuse. It can wait. There is no excuse that could justify committing an act that has the potential to inadvertently lead to the death of yourself or someone else.

If you or a loved one has been injured by a distracted driver who was busy sending or reading text messages while driving, contact a personal injury lawyer at the law firm of Sgarlato & Sgarlato today.