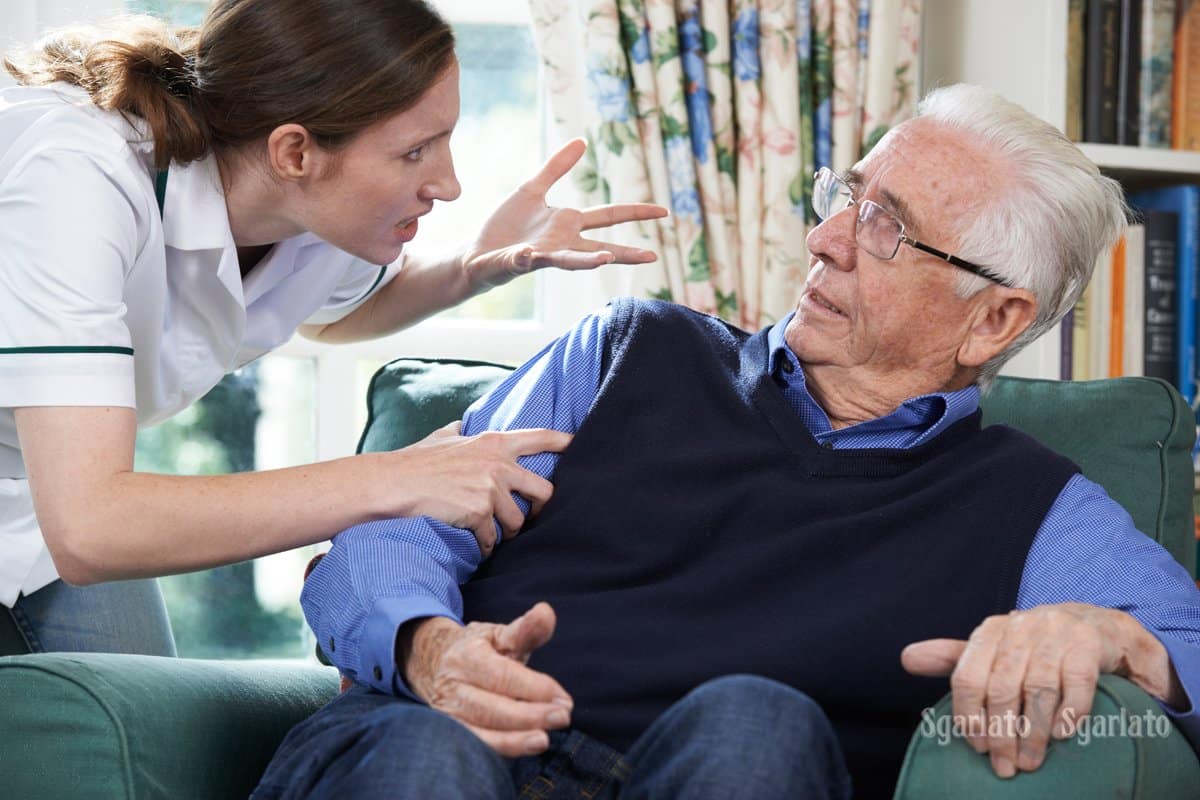 The gradual deterioration of a loved one as they get older can be difficult for many families to handle. But when you suspect that the licensed treatment facility where you have personally placed your loved one might be engaging in elder abuse, the stress can become unbearable. The confirmed cases of elder abuse in the United States run at a rate of about one case for every 10 Americans over the age of 60. If loved ones ever notice elder abuse, it is important to contact the authorities immediately and hold the facility accountable.

Elder abuse can take on many forms and can affect an elderly person in many ways. Physical forms can include beatings, sexual abuse, and not allowing access to medication. Other forms of elder abuse include psychological, emotional, financial, verbal, and confinement. Nursing home staff who knowingly neglect patients are engaging in elder abuse that can lead to serious physical and psychological effects.

The Signs of Elder Abuse

Loved one should never ignore unexplained scars or bruises when they visit their elderly family members and demand explanations whenever necessary. The signs of psychological trauma can include a complete change in mood, no desire to be involved in social activities, talking less, eating less, and preferring a dark room to the bright outdoors.

Who Abuses the Elderly?

Elder abuse occurs mostly in nursing facilities, but it can even happen to the elderly who live in their own homes. If you notice that someone new has been spending a lot of time with your elderly loved one, then it is time to start asking questions. Some scam artists go from home to home looking for elderly victims with big bank accounts to take advantage of.

What are the Effects of Elder Abuse?

Elderly people who are being abused are at a much higher risk of death than those who are living a happy life. Abusers don’t care about the health of their victims, and abusers are certainly not going to seek out help when something goes wrong.

Is Elder Abuse a Crime?

Elder abuse is a crime monitored by state laws, but most states are still getting up to speed on how to charge and convict people for this crime. Every state has agencies you can report elder abuse to, and those agencies will pursue your case to the fullest extent of the law. But sometimes a family with genuine concerns for their elderly family member should consider the civil courts as well.

If you suspect that your elderly family member is being abused by their nursing facility, then get an attorney immediately and prepare to follow the process of filing a complaint. Many families sure nursing homes in civil court to expose what the staffs at those homes have been doing, and to prevent those homes from hurting anyone else in the future.

Our elderly population can often be helpless in the face of serious abuse, and that is why we need to do our best to protect them at all times. If you suspect elder abuse, your first step should be to consult with a qualified attorney to find out what your next moves will be to stop the abuse and put the abusers out of business.